The Federal Republic of Yugoslavia is almost completely isolated and naval transit is blocked by international sanctions. Meanwhile, the President of Serbia, Slobodan Milošević, and the Federal Prime Minister, Milan Panić, are competing in the presidential election campaign.

Tensions are rising exponentially, as Serbian nationalists accuse Panić of conspiring with ethnic-Albanians in Kosovo. They even threaten a possible civil, ethnic and religious war, beyond the borders of Bosnia and Herzegovina. The international community cannot accept this escalation of tensions. But it is clear which country is considered an ally to Serbian nationalists and which the most fearsome enemy. 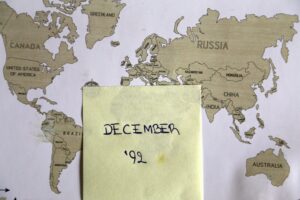