In response to increasingly urgent global challenges, the project of European federalism promoted by Alexander Langer and David Sassoli clashes with the old and new sirens of nationalism

Despite different political experiences, this project is showing that Alexander Langer and David Sassoli are linked in many ways. The red thread is for sure the effort to face contemporary challenges at the European level, no matter if we are talking about peace, environmental protection or any other critical issue for citizens. If the answer is more European integration, the nemesis of nationalism is European federalism. A great undertaking that radically opposes a short-sighted ideology, incapable of responding to the complexity of global challenges and dangerous in dividing people. 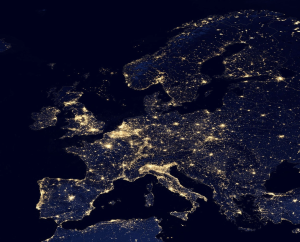 The sirens of nationalism, for both Langer and Sassoli, have to be addressed by studying the past, analyzing the present and drawing a project that overcomes divisive ideologies. This is what the South Tyrolean politician and activist wrote in 1991 in Comuni d’Europa, considering the lessons that Europe had to learn “from the breakup of Yugoslavia, the Baltic experience and the dissolution of the Soviet-Tzarist empire”. But also “from the resurgent regurgitations of ancient or recent demands for ethnic or national self-assertion, which may be appearing everywhere, from Scotland to South Tyrol, from Transylvania to Catalonia”. This analysis investigated “the distress that a few falsely national or insufficiently supra-national structures generate“.

The rise of “very dangerous drives toward ethnic exclusivism” or border disputes can be overcome “only by making such borders less and less definite and by facilitating the revival of ancient historical, cultural, linguistic and economic relationships, often violated by the logic of nation-States”. In other words, overcoming nationalism to eradicate the germ of inter-ethnic or inter-state conflicts. What is the alternative? “A united and federalist Europe”, that “has to redraw the map of regional fabrics”. A new arrangement where nation-States “gradually dissolve in their sovereignty and exclusivity” and leave room for the “multi-lingual and multi-cultural vocation” of European regions.

Now as then, Europe is at a “crucial crossroads”, as Langer wrote: “We must choose between the routine of small steps toward a more accomplished 12+ Europe (plus a few members, who will gradually be deemed worthy of joining this club) still dominated by the logic of the nation-States more or less confederated, or a decisive shift toward a democratic European Union, which obviously can no longer start from coal, steel, nuclear power, agricultural subsidies, economy or the common European currency. It has to be based on the common historical and cultural heritage, on the common values of human rights and democracy“. He was describing the heir to the European Community, the European Union, which, however, has not yet reached that completeness.

Langer was talking about the future of the European Union, a European federalism that is still on our horizon and that is based on three demands. First of all, the acceleration of the integration process, with the primacy of a political Union over the common market. Secondly, the recognition of a “real unity” based on the common historical and cultural heritage, rather than on the “supposed reasons” of socio-economic homogeneity. And finally, “the European Union has to be made in truly federalist terms“, so that the map of powers, competencies and autonomies is redrawn “downward” (the local autonomies and citizenship) and “upward” (the European Union and the federation). 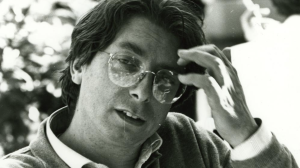 The antidote to nationalism is federalism and Sassoli, who was a member of the European Federalist Movement, knew it well, as he showed in several occasions as President of the European Parliament. One example was the speech at the ceremony of La Chiave d’Europa award in February 2020: “We need to strengthen the European integration, lower the rate of nationalism and invest in citizenship“. According to Sassoli, the call for “a stronger Europe” is urgent, and “of course our attention must be focused on young people, because they will be the protagonists of a world in which dialogue and confrontation will have to prevail over conflicts and disagreements”. These are the reference points of a European policy that “succeeds in giving citizenship and integration, that succeeds in reforming these institutions”, placing the EU “in a global and globalized world”.

About reforming the EU institutions, citizenship and European integration, we cannot forget the Conference on the Future of Europe, sponsored by the former leader of the European Parliament. An inter-institutional dialogue on the reform of mechanisms that regulate the Union, with the direct presence and participation of the 27 Member States’ citizens. “It has to be done with the national institutions, but above all listening to the citizens”, Sassoli commented immediately after the vote in favor by the plenary session of the European Parliament in January 2020. A new constituent phase “not predetermined, because we need democracy to work and to be useful to citizens”, according to their demands: “A different Europe, closer to their needs and their lives, that is greener, more rigorous in defending the Rule of Law, more attentive to social rights and more transparent in decision-making processes”.

Two years later, on May 9, 2022 – on the Europe Day – the exercise in participatory democracy represented by the Conference on the Future of Europe has come to an end. Even if the word “federalism” does not appear in the final texts, it is clear that European citizens need and demand more integration, a real step forward for a political Union: from transnational lists for the election of MEPs, to the abolition of unanimity in the Council (as in foreign policy), from the creation of a common army for defensive purposes, to the European Parliament’s right of legislative initiative. A decisive moment for a reform of the EU Treaties, a new stage in the history of European integration, which will help silence the sirens of an ancient, divisive and harmful nationalism.