Against every gender inequality, bias, violence and abuse of patriarchy, we need an awareness of the role of women in society, as Alexander Langer and David Sassoli asked and fought for

There are plenty of demonstrations that society is based on rotten assumptions. We have already dealt with the tendency to settle disputes through the use of armed force, the destruction of the natural environment and the logic of profit trampling over the pursuit of social and civil justice. It will be easy to recognize the root cause: violence, expressed in different forms.

Violence is the basis of patriarchy, the social system that always rewards the imposition of the strongest, that annihilates dialogue, that deepens discrimination to preserve the power of few people, predominantly male, white and heterosexual. Among the first victims of this inequality, bias and abuse are women, in a logic of gender subordination, that ensures men maintain power. To fight and change this mentality, rotten to the core, it is necessary to become aware of the reality in which we live. This is why, even for the two protagonists of this Project, Alexander Langer and David Sassoli, reflection and engagement on the role of women in society was considered crucial. 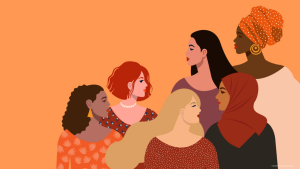 No woman is replaceable

Even before we consider the present days with the example of Sassoli, we can analyze the need for awareness of the role of women in society according to Alexander Langer, through his farewell to one of the most important figures for his political life. Andreina Emeri: lawyer, feminist, provincial and regional councilor, activist. “Sometimes we say that no one is irreplaceable. Andreina’s death drastically reminds us that it is true the opposite: no one is replaceable“, he wrote on Alto Adige, on August 8, 1985. “There are plenty of fish in the sea (but also party official). But there are no plenty of friend, mother, companion struggle”.

As an advocate, Emeri was in touch with the problems women live every day, as workers and people who want self-determination in their sexual and procreative lives. By the end of 1983, “her way of approaching the first representative term of her life, elected on the inter-ethnic list Della colomba di pace, was very pragmatic and full of enthusiasm”. This let her bring to the political scene “what she had quietly said, proposed and criticized in many years, continuing learning new things, with curiosity and participation”, Langer wrote. “Justice among workers and the factory owners, among maids defrauded of their pays and the hoteliers, between helpless wives and abusive husbands, among pregnant girls and medical or clerical institutions”. With intelligence and selflessness, fighting for social justice, with a focus on women’s rights in labor, sexual, private, public, social, human sphere.

Committed to change the foundations of an unjust (and patriarchal, racist, discriminatory, classist) society, there was an obvious “love of nature and the environment, made up of trips to the mountains and anger at the destruction of the landscape, in the name of profit”. There was “a struggle against ethnic separation and against all forms of racism in South Tyrolean society“: even before it became a political project, “it was a daily life choice to deal with people of different mother tongues”. There was “a secularism, that was a spontaneous choice of tolerance (never indifference), pluralism, curiosity, willingness to weave relationships and cooperation among people”, without “exclusivism or totalizing ideologies, but always claiming to verify every ideal statement on the ground of practical behavior, of everyday life”.

To the political work of a woman like Emeri, Langer acknowledged “a great and constant work of active integration, of valuing people, of attention to everyone’s reasons”. Everyone realized that “with Andreina’s election, they did not fill a ‘functional political box’ (‘the woman,’ ‘the feminist,’ ‘the Italian,’ ‘the ecologist,’ ‘the impolitic…’) only for their personal agenda“. An experience that, in Langer’s time but also in Sassoli’s time – ours, in short – every woman, in every field, experienced at least once in a lifetime. A story (of humanity) that has to be stopped by the struggle of each of us, just like Emeri did.

No woman should be left behind

Considering the role of women in society, for Langer the key-concept was “no one is replaceable,” while the political engagement of David Sassoli suggested that no one should be left behind. There is far less rhetoric and far more pragmatism in this concept than we can imagine. Just think about the decision in the midst of the first wave of the COVID-19 pandemic (in the spring of 2020) to open the European Parliament’s doors to 350 homeless women. A testimony of solidarity to ensure the women most marginalized by society a safe place, assigning each of them an office where they could spend the day and the night. “After years of guilty silence, Coronavirus has brought to light a reality that many of us denied: poverty”, Sassoli stressed. “We must use the enormous EU economic resources to change the way of life, for the good of all, not for the profit of a few“.

Speaking about marginalization and inequality, President Sassoli paid attention to the situation experienced by all citizens. “We need to use the right words, to free the voices of the victims and help them break the silence“, he urged from the European Parliament’s hemicycle on November 25, 2020, on the occasion of the International Day for the Elimination of Violence against Women. The importance of the EU institutions lies in staying close to citizens and women, “as the Parliament has done by turning one of its buildings into a temporary center to house vulnerable women, during the COVID-19 pandemic”. And more, “we need an integrated, comprehensive approach, focusing on socio-economic, institutional and women’s rights aspects”. Concerning the situation in the 27 member States, Sassoli blamed the lack or insufficient funding for shelters and helplines for women victims of domestic violence: “This is unacceptable, we will continue to insist that everyone ratify the Istanbul Convention and we will work with the other EU institutions for a directive on combating gender-based violence“. Two months after his death, this EU directive was formally presented (symbolically on March 8, 2022) by the European Commission.

Every action and statement by President Sassoli on this issue was based on the words he chose to open his term in 2019. “We must work for ever stronger gender equality and an ever greater role for women at the top of politics, the economy and the social sphere“, he strongly emphasized in one of the most intense passages of his first speech as President of the European Parliament: “This is our calling card in a world that has no rules”. 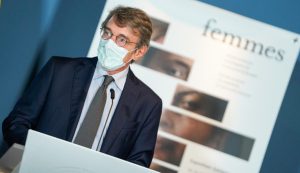