Six bands from the Western Balkans participates in Eurovision Song Contest. The 66th edition is held in Turin (Italy): only Serbia has the chance to win the final

We are back in those days. The days characterized by awkward songs, by colorful trash on stage, by musicians who can only pretend to play, by supposed or real alliances between countries to receive the 12 points in the final. The Eurovision days are back. The 66th edition of Eurovision Song Contest is taking place in Turin and it is already proving to be a different festival than usual: here you can find out how this event works and we will review the songs competing for the Western Balkans. 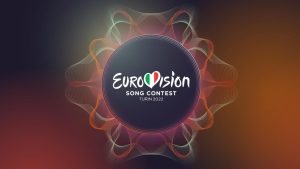 The Eurovision Song Contest is the most watched and attended music festival in the world. Although it is organized by the European Broadcasting Union (EBU), the 40 countries competing include Israel and Australia. Each country – belonging to the European broadcasting zone or associated with the EBU – decides independently on the selection of its own representative. They can be the winner of a national music competition (like the San Remo Festival in Italy), or it can be an arbitrary choice of the affiliated national broadcaster (like the BBC in the UK).

The birth of the Eurovision Song Contest is linked to the idea of the Italian journalist Sergio Pugliese, as a response to the need of the newly formed EBU (in 1950) to involve and unite several European countries through a single television program. The first edition was held in Lugano in 1956. From the initial participation of 7 countries (Italy, France, the Netherlands, Belgium, Luxembourg, Switzerland and West Germany), the number has grown to the current 40 participants. The record was set in 2008, 2011 and 2018, with 43 singers competing. According to the Eurovision rules, the winning country has the right to host the following edition. This year, it is Italy’s turn because, in 2021, the band Måneskin won in Rotterdam (the Netherlands). This year’s edition has shown one of the highest tensions in Eurovision history. Following some initial hesitation, the EBU decided to expel Russia from the competition, as a reaction to the Russian invasion of Ukraine.

Since 2008, Eurovision is split on three nights: two semifinals and the final. All countries compete in the two semifinals, except for the Big Five (Italy, France, Great Britain, Germany and Spain). Only TV viewers of the competing countries, plus the Big Five (each for only one of the two nights), are eligible to vote. Twenty-five countries (26 in case the host country is not one of the Big Five) enter the final: in addition to the 5 by right, 10 from the first semifinal and 10 from the second semifinal. Unlike the semifinals, the vote counting for the final is broadcasted live and lasts a long time. Each country assigns a vote to its 10 favorite songs through a national jury and the tele-voting: douze points(12 points) to the best one, 10 to the second, 8 to the third, 7 (to the fourth) to 1 (to the tenth). The country that earns the most total points wins.

Considering the Western Balkans, only two victories are recorded in the Eurovision history: Yugoslavia in 1989 and Serbia in 2007. Kosovo is not yet a member of the European Broadcasting Union. Bosnia and Herzegovina had to give up its participation in the 66th edition of Eurovision due to the broadcaster BHRT’s heavy debts to the EBU. Six countries are representing the Western Balkans in Turin, equally divided: Albania, Croatia and Slovenia in the first semifinal, North Macedonia, Montenegro and Serbia in the second semifinal.

Seventeen countries, including Albania, Croatia and Slovenia, participated in the first semifinal of the 66th edition of Eurovision Song Contest (on May 10): none of the three countries of the Western Balkans managed to qualify for the final (on May 14).

The winner of Festivali i Këngës 2021, Ronela Hajati, is compared by many music critics to international ethnic Albanian singers, like Dua Lipa and Rita Ora. Sekret is an ethno-pop song, with a wise combination of traditional (folk instruments) and modern elements (rhythm of the drums and back vocals) and alternating Albanian and English (with some Spanish). A versatile and full voice, Ronela also shows a respectable presence on the stage. In addition to the well-known performance in Turin, the video of the song is worth watching for its Game of Thrones cosplay:

The winner of the Dora 2022 Festival, Mia Dimšić, draws fully from Taylor Swift style (to whom the Croatian singer explicitly refers as inspiration). Guilty Pleasure is a love song pop with no particular elements of distinction. However, Dimšić was accused of plagiarizing Willow, a single released in 2020 by Taylor Swift.

The group formed in 2018 in a Slovenian high school is the winner of Evrovizijska Melodija 2022. As the title says, Disko is a real 1980s disco-funk song, with a jazz style. Nothing we have not heard before, and this is a problem for a boy-band. The lyrics are in Slovenian, but the video shows the meaning. It is a comic strip drawn by a classmate of the band members and it is based on a life episode of the Last Pizza Slice frontman:

Eighteen countries, including North Macedonia, Montenegro and Serbia, participated in the second semifinal of the 66th edition of Eurovision Song Contest (on May 12): out of the three countries of the Western Balkans, only Serbia managed to qualify for the final (on May 14).

Emerging singer born in 2000, Andrea Koevska is the winner of Za Evrosong 2022. An R&B timbre with scratchy vocals, Andrea is penalized by a meaningless lyrics: like the relationship described in the song, it goes nowhere. The commercial-pop melodic solution does not help either.

Breathe was chosen internally by broadcaster RTCG as the country’s representative at Eurovision 2022. Fashion journalist, human rights activist and singer with an interesting low-pitched voice, Vladana Vučinić dedicated this song to her mother, who died of COVID-19 last year.

The song by Ana Đurić, aka Konstrakta, won the Pesma za Evroviziju 2022. In Corpore Sano is the second part of a symbolic songs’ triptych, with deep and particularly reasoned lyrics. Precisely, it deals with the theme of physical health and mental health. Konstrakta is considered the Marina Abramović of Serbian music and her songs like avant-garde performances. What she brought on the Turin stage is a subtle satire toward the Serbian health care system, mass media and beauty standards: among the Serbian words, it will be easy to recognize one name in particular…