The transition to a green society and economy is a necessity for Europe and for all the countries of the world, to put an end to the destruction of the environment. This imperative for the survival of the planet has already been traced by Alexander Langer and David Sassoli

Ecologism, environmentalism, green transition. There are many ways to call the same thing, but always with the same aim: to change the course of the economy and the society, that is leading to the destruction of our planet. The problem is how to put into practice these concepts, that should be the logical response to the natural and social disasters that we witness every day. Yet, they are punctually subordinated to the logic of profit and inequality. Only with the inevitable coming, Europe is reacting to a crisis that seems almost irreversible. The guidelines for a lasting project, that changes the way we look at well-being and wealth, have been traced by the two protagonists of this journey, Alexander Langer and David Sassoli. 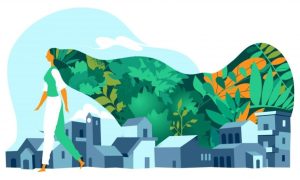 South Tyrolean politician Alexander Langer had already made it clear in the Nineties that the green transition was not just an issue of recent years. In a speech at the Colloqui di Dobbiaco ’94, it is possible to find a summary of his environmentalist thought, with a lucid vision of the problems that are devastating the planet and an attempt to pave a viable way. “For some centuries now, and in rapid growth, false wealth has been produced to escape false poverty“, wrote Langer, and “we can also perish from such false wealth, as from overweight, overmedication, overheating”. This is “the disease of the century, in the industrialized and ‘developed’ world”. The alarm “has been ringing for at least a quarter of a century and has generated only fragmentary and sectoral measures”, but “not a turning point”, warned Langer in 1994. Following the metaphor of the disease, “after the diagnosis, the possibilities of recovery have been studied and discussed, but comprehensive therapies have not yet been implemented”. Most of all, “if it were the will to recover, it would produce much more determined actions and signals”.

At the time, green transition was better known as “sustainable development”, but the concept was the same: “The need for a limit to growth, for some self-limitation of the highly industrialized part of humanity, as well as the idea that, in the long run, it is better to focus on balance rather than on wild competition”. The real question, which he proposed also in his reflection on peace and environment, is: “How can an ecologically sustainable civilization be desirable?” And Langer provided a precise answer: “Lentius, profundius, suavius, instead of citius, altius, fortius“. A total reversal of the Olympic motto ‘faster, higher, stronger’, that let the society perceive the urgency of “motivations and impulses for a turn towards a new course”, in a “slower, deeper, gentler” sense. The fear of a catastrophe gives no answers, nor the persuasive power of laws, but rather “a decisive cultural and social re-founding of what is considered desirable in a society or a community“.

To reach this “cultural and social re-founding”, which is the concept of green transition we know today, a series of “intertwined and interdependent” steps can be followed, encouraging “new changes”. First, a replacement of the basis on which public and private budgets are based: “Basing profits and losses on environmental impact, rather than economic order”. Considering the economic budget, people must “choose zero growth and then some reduction, with the necessary moderation”, because “any talk of the need for a change is absurd, as long as economic growth remains the basic economic objective“. There is a need for the “regeneration of local economies” and “a tax and tariff system focused on the environment, imposing greater transparency and truthfulness of the costs” of goods transport, packaging, energy expenditure, pollution, consumption of raw materials. Including “fundamental rules to defend the environmental impact assessment” and the social amortization for the effects caused by choices of ecological conversion. It is central the process of “renaturalization”, which “moves away from generalized commodification”: public fountains, beaches, mountains, art cities “have to be defended not with a monetary ticket, but with a link to volunteerism”. And finally, the development of “a practice of alliances, that better reflect the connection between the changes needed in different but interconnected parts of the world”.

The main idea is to define everything in a founding Charter of environmentalism principles and values. “Societies of the past had their own way of sanctioning, solemnizing and handing down their choices and their basic constraints”, Langer recalled, pointing out that today “we lack a similar fundamental norm of ecological constraint, which would have a value, if it were the result of a democratic process”. It is not an issue of “a paragraph or an article on the environment in the national Constitutions”, because “we are far from conceiving the defense or restoration of the ecological balance as a sort of fundamental value of our societies”. If we want to get there, “we will have to start imagining a constituent process”, with a “cultural and social” characteristic first, and a juridical one afterwards: “Something like an ecological Constituent“. Modern constitutions bind the individual to choices that transcend the political situation of the moment, and this is how the green Constitution should be conceived: “If we do not give a solid foundation to the necessary decision of ecological conversion, no single measure will be strong enough to oppose the apparent convenience that the economy of growth and mass consumption seems to offer“. 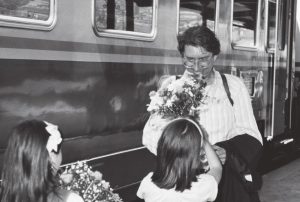 In recent years, the European Union has distinguished itself by pushing for climate neutrality in its economy and society, under pressure from the evidence of climate change and the tangible prospects of global warming: with the European Green Deal, the EU institutions are leading the continent toward the goals of the green transition. And while the President of the EU Commission, Ursula von der Leyen, will be remembered as the proponent of this massive project, the former President of the European Parliament, David Sassoli, should be credited with pushing hard to associate social justice with it.

He made it clear a few weeks before the outbreak of the COVID-19 pandemic, during his speech at the World Economic Forum in Davos: “Climate and inequality challenges can only be solved together“, because “an unequal society, in which large sections of the population live in poverty, fuels the ecological crisis”. Inequality does not only feed ecological crisis, but it also suffers the effects: “We are not all equal, facing the ecological crisis“. Rich or poor, old or young, depending on where we live, “we are not affected equally by the climate crisis”. Climate change can cause arid weather in temperate zones, which reduces the harvest and increases the price to the consumers: the main impact is suffered by low-income families, for whom food represents a large part of the monthly budget. “Inequality is an environmental issue, just as environmental degradation is a social issue” and for this reason “it is not possible to end poverty and build a more just society while letting the ecological crisis destroy our planet, and vice versa”. This is why “no one must be left behind in the transition to a zero-emissions economy“. The success of the European Green Deal passes “through the response to potential losses, compensatory measures and the creation of high-quality, well-paid jobs”.

If green transition means developing a new social, economic, political and civil model, it concerns every aspect of life. This is how we have to consider the ambitious New European Bauhaus, the environmental, economic and cultural project for the European Union, that intertwines design and sustainability into the new aesthetics of the European Green Deal. These are solutions for living while respecting the planet, in line with the effort to make Europe the first climate-neutral continent by 2050. The German artistic/architectural movement of the early 20th century became a worldwide success thanks to its functional, aesthetic and economically accessible solutions, while the New European Bauhaus aims at a blend of style, accessibility and sustainability, promoting green building materials and circular architecture. President Sassoli highlighted its most positive aspect: “Its bottom-up, inclusive and democratic vision, that opens a dialogue with citizens, businesses and associations“. Not only a multidisciplinary bridge between culture, science and technology, but also a model for the economy, that “will create jobs and allow us to rethink and redesign the environments where we live”, thanks to “innovation and social inclusion”.

Closing the loop, on July 14, 2021, Sassoli greeted the first initiatives proposed by the EU Commission to aim at the ambitious goals by 2030 – the reduction of emissions by 55 percent – and 2050 – climate neutrality: “The European Parliament welcomes the adoption of Fit for 55, the largest legislative package on climate, energy and transport that aligns our regulations to these new objectives”. A meaningful endorsement, considering the importance that this institution (at the time chaired by Sassoli) gives to the fight against climate change. The climate package aims to cut CO2 emissions by 55 percent by the end of the decade and sets climate neutrality by mid-century: “The European climate law has made these commitments binding“, demonstrating that “it is possible to reduce emissions while preserving growth and creating jobs”. The focus is always the same: “Let’s continue on this path and make sure that no one is left behind,” is the most precious exhortation left by President Sassoli.