The willingness to enlist to fight for or against Russia in Ukraine is actualizing the past of the Yugoslav Wars. For this reason, the Western Balkans’ governments are trying to prevent departures

There is no corner of the world that is not feeling the consequences of the Russian war in Ukraine. Economically, politically or in the public debate. In Europe, the effects are also being felt militarily: by sending weapons for the defense of Kiev and preparing the European army. However, the Western Balkans is the European region where this type of consequence is felt the most. From here, there are many people who leave to wage war in Ukraine, supporting one or the other front: the Balkan foreign fighters are actualizing the divisions of the Yugoslav Wars. The real danger is that they will fuel the destabilization of the region, opening up wounds that 30 years of history had hopefully begun to heal. 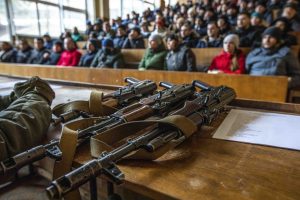 Calls from Kiev and Moscow

War demands soldiers, often from foreign countries. History is full of volunteers leaving only to fight for a cause, not to defend their country. The same is happening with the war in Ukraine, where the two sides are trying to swell the ranks with well-equipped and well-trained foreign fighters.

The Ukrainian Ministry of Defense activated the website fightforua, to explain foreign citizens how to enlist in the International Legion for the Territorial Defense. All Balkan countries are in the list of countries where it is possible to make contact with the Ukrainian consulate. Except for Kosovo, which Ukraine does not recognize as a sovereign State (although Pristina has sided with Kiev). The requirements include being uncensored, having an equipment and signing a contract. Then, it is possible to leave for Lviv, the volunteer collection center.

While Kiev is trying to enlist mercenaries transparently – at least in most cases – calls from Moscow mostly travel on private messaging channels. On February 18, less than a week before the invasion of Ukraine, the Union of Donbass Volunteers posted on Telegram a call to form a reserve detachment in the separatist regions of Luhansk and Donetsk. The organization brings together Russian volunteers and mercenaries from Serbia, Republika Srpska (Bosnia and Herzegovina) and other Orthodox-majority countries.

The same technique was used to recruit a new mercenary brigade to support regular forces, BBC revealed. Particularly among veterans of the Wagner Group, a secret private military organization based in Russia and responsible for war crimes in Syria and Libya. The call for applications is aimed at “those with criminal records and debts, banned from mercenary groups or without a passport”. 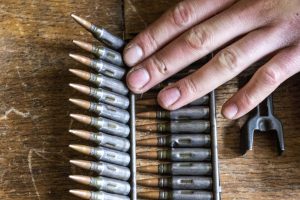 Who are the Balkan foreign fighters who want to leave for Ukraine? They tend to be right-wing extremists, violent, anchored to the past of the Yugoslav Wars (at least ideologically). They come from all the countries of the region, but with a clear majority from Serbia and Croatia. Obviously, on opposite sides. The phenomenon is not new, but it has been going on continuously since 2014, the year of the outbreak of violence in Donbass and Russia’s annexation of Crimea.

From Serbia, as well as from Republika Srpska, departures to Russia have never stopped. Belgrade’s ‘neutrality’ allowed Air Serbia to continue to fly between Belgrade and Moscow. According to Ukrainian embassy’s data, more than 300 citizens have left Serbia to fight in the Donbass over the past eight years. At the moment there are no data on the departures since February 24, but it is certain that Serbian far-right organizations are encouraging them and, in a way, they are undermining the wait-and-see policy of President Aleksandar Vučić.

On March 4, the so-called People’s Patrol gathered more than a thousand people in Belgrade to express support for Moscow and to condemn their government’s neutrality. The group is known for glorifying the Serbian war criminals. The two things are linked. The far-right nationalists consider Putin’s actions in Ukraine as a kind of revenge against the Western countries, which 30 years ago supported the separatism of the Yugoslav Republics and the bombing of Belgrade. The leitmotif ‘today’s Putin is that time’s NATO’ is raging in Serbia and is proselytizing even among European pro-Russians.

Another explanation is a kind of short-circuit in the far-right movements, which see in Putin’s war a fight against the ‘nazi government’ in Kiev. One of the pretexts for the conflict is the integration of the Azov Battalion – a military unit founded in 2014 that brings together pro-Ukrainian European neo-nazis (including Croats) against the Donbass separatists – into the National Guard of Ukraine. Neo-nazis accusing other neo-nazis of being neo-nazis.

The last excuse for leaving is purely symbolic, but it has great appeal among ultra-nationalists. Located between the self-proclaimed separatist Republics of Dontesk and Luhansk, there is a small territory called Slavo-Serbia. Between 1753 and 1764, it was granted to warriors from Serbia and other Balkan regions with an Orthodox majority by Empress Elizabeth I of Russia to defend the Tsarist Empire from Ottoman incursions. More than 250 years later, the city of Slovianoserbsk represents one of the Serbian strongholds to support the Russian invasion of Ukraine.

As said, on the opposite side there are the Croatian right-wing extremists. Already on February 27, Croatian media confirmed that a first contingent of volunteers left from Split, Zadar and Osijek for Kiev and Kharkiv. Among the dozens of mercenaries who are supporting the Ukrainian defense there are Dinamo Zagreb’s hooligans, in particular among the Bad Blue Boys. Croats consider Ukrainians as ‘brothers’, who supported them at the time of the declaration of independence in 1991. The Serbia-Russia axis, then, reinforces this alliance aimed to mutual support against occupants of today (in Ukraine) and yesterday (in Croatia).

The right-wing extremists of the two countries see many traits in common in their respective recent histories. This is how the Russian invasion of Ukraine winds back the clock of history 30 years. Since 2014, Croatian extremists have been a cornerstone of the Azov Battalion, constantly enlisting volunteers to fight against separatists in the Donbass. Today, the war across Ukraine revives their participation on the battlefield, with all the hatred and supremacist claims that characterizes the ultra-nationalist ideology.

Serbia and Croatia are the countries where the phenomenon of foreign fighters leaving for the war in Ukraine is most evident, but the entire region has to deal with it. Thanks to national laws put in place between 2014 and 2015, citizens who privately enlist and fight in a foreign country are subject to criminal prosecution when returning home. Originally, these laws were passed to deter potential jihadists from joining ISIS in Syria and Iraq.

“Criminal law cannot be selectively applied”, the head of the Macedonian National Committee for Countering Terrorism, Zlatko Apostolovski, commented to Balkan Insight, explaining the decision to extend the measure to people coming back from Ukraine as well. Anyone found guilty of recruiting, organizing, financing, encouraging, guiding or training foreign fighters can be arrested and sentenced. In North Macedonia the offense is punishable by up to 5 years of imprisonment, in Montenegro up to 10 years. In Kosovo, Bosnia and Herzegovina, Albania and Serbia, it is also punishable by 3 to 15 years of imprisonment.

In Serbia, this law has been already used against mercenaries who left for Ukraine. Between 2015 and 2018, 29 Serbian citizens were convicted of joining pro-Russian paramilitary formations. The real problem is that in all cases the sentence was suspended and the iron fist promised by government and judicial authorities’ official statements was not put into practice. This is why few people are really afraid of the consequences of coming back to their homeland after fighting in Ukraine. It is from here – from the demonstration of credibility of legal coercion – that the governments in the region should start again. At least to avoid the risk of a new ethnic/nationalist fracture in the Western Balkans. 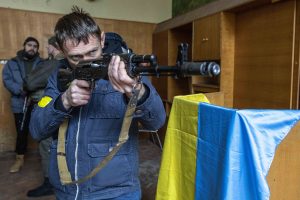