In former Yugoslavia the mission of UNPROFOR, the new United Nations Protection Force, has started. On March 8, the Blue Helmets from Belgium, the Netherlands, Luxembourg, Scandinavian countries, Canada, Argentina, Czechoslovakia, Poland and other countries from all over the world arrive in Croatia. The headquarters is located in Sarajevo. A symbolic presence, in the hope that this will prevent the escalation of violence between ethnic groups in Bosnia and Herzegovina. It is not enough. The situation becomes increasingly unmanageable, the space for dialogue thinner. Until it disappears completely. The war in Bosnia is set. 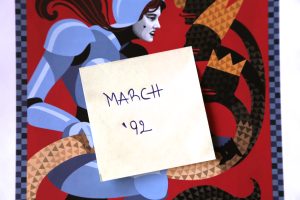