Ambiguities, divisions and the risk of destabilization: the Western Balkans are feeling the effects of the war in Ukraine wanted by Russia. Also considering the future of the EU enlargement process

War has returned to Europe. February 24 marks another date not to return to the history of this continent, Western Balkans included: Russia invaded Ukraine. At the behest of Vladimir Putin, the sovereignty of an independent State has been violated, a war has been unleashed without any pretext. The Western world response has been harsh, swift, united. Economic sanctions hit Putin and his close circle of oligarchs, the Russian economy, industry, finance. Russia is out of the international payment systems, out of most of the global trade. Russia is isolated. In addition, the world powers are providing military support to Ukraine, making them feel closeness not just in words.

The European Union has become a reference point, demonstrating a unity that was almost unthinkable just a few weeks ago. The majority of Balkan countries have also aligned themselves with Brussels. Slovenia and Croatia – EU members States – are pushing for the most decisive action possible. Montenegro, Albania, North Macedonia and Kosovo have imposed the same EU sanctions. But the Balkans, 20 years after the Yugoslav wars ended, are still a region of divisions. Serbia is not able to shake off an ambiguous attitude, while Bosnia and Herzegovina shows how destabilization led by Russia can still be scary.

We talk about all this with Giorgio Fruscione, research fellow at the Italian Institute for International Political Studies (ISPI) and one of the most clear-minded analysts of these dynamics. 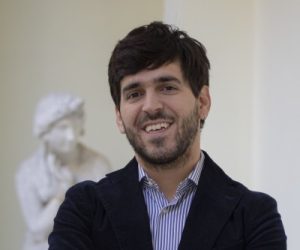 Let’s start with Bosnia. The EU has mobilized 500 additional reserve of the EUFOR Operation Althea to maintain stability. What is the danger?

“The danger was there before February 24, when Russia started invading Ukraine. The sending of EUFOR additional reserve was previously agreed, but it had a very bad timing and a tragic chance. However, it is a clear message of precaution, because the European Union is aware of the danger represented by the secessionism of Republika Srpska and especially of the Serbian member of the Presidency of Bosnia and Herzegovina, Milorad Dodik.

There is no need to say that Vladimir Putin now has other things on his mind. He will not send Dodik practical assistance, such as weapons and army, because Russia invades only neighboring countries. And then there is a lot of misunderstanding about the relationship between Putin and Dodik. It is not an equally necessary relationship, Russia does not benefit from it geopolitically. Instead, it is politically crucial for Dodik to say ‘Putin is on my side’. Russia is interested in the Western Balkans as a gas outlet and for economic influence. The danger is not comparable to Ukraine”.

In an interview, you said that the Serbian President, Aleksander Vučić, is playing musical chairs. But what does he risk exposing himself, against Russia or on Moscow’s side?

“The music will end – if it will end – on April 3, with the elections in Serbia. This is why he does not want to expose himself. Aleksandar Vučic is a chess player: when he makes a move, he always evaluates it first. Now he is worried about losing the support of the pro-Russian electorate. The international position is similar to China’s: it condemns the violations of Ukraine’s territorial integrity, but also the sanctions against Russia. It is necessary to take this position, place it in the Western Balkans and consider the proportions: a false neutrality in the region, that will guarantee to heal the rift on the vote at the UN General Assembly.

Between Russia and China, the political reference model for Vučić is quite a competition. He likes Putin’s nationalism as the head of national defense, but he also likes Beijing’s role as a regional power. Even if it only happens in his head”.

What does Serbia risk on EU accession by not aligning with Brussels’ foreign policy? And could Kosovo benefit from its full alignment with EU sanctions?

“The request for Serbian alignment with Russia sanctions dates back to 2014, but it is not at the top of Brussels’ agenda. It would also be hypocritical to demand alignment in foreign policy to a country that is not internally aligned on so many dossiers. The EU should press on standards of freedom and the rule of law. Belgrade does not guarantee any level of press freedom, while information is controlled and manipulated by the government. The rule of law in Serbia is a dead man walking.

Instead, Kosovo has always been aligned with both the EU and NATO, but I do not think further exposure will lead to real progress. First of all, because NATO is already in Kosovo. And then, because we saw in the past that proactive moves do not pay off: after the resolution of the border dispute with Montenegro in 2015, the EU did not abolish the visa regime as promised”.

The future for EU enlargement

The EU has left a shadow cone in the Balkans by not closing the enlargement process when it had the opportunity. Is there now a risk that Putin will destabilize the region to make the EU more vulnerable?

“I think Russia has already destabilized the Western Balkans politically, attracting part of the electorates in Serbia, Montenegro and Bosnia, in Republika Srpska. Meanwhile, politics is shifting the center of gravity to unrealistic goals. It would be out of place to think that this Russia could be a reference point for people who are closer to the EU, geographically, economically and also politically. It is an imported autocratic model“.

In the meantime, applications for EU membership are coming from Ukraine, Georgia and Moldova. Particularly on the Kiev issue, the Slovenian Prime Minister, Janez Janša, is carving out a major role. Why?

“Janez Janša’s position is interesting, it surprised me. It is both a matter of adherence to NATO values and of alignment with a group of EU member States with specific interests: the Baltics, Bulgaria, Romania, the Czech Republic and Poland. Above all, it is succeeding in fulfilling the political desire to distinguish Slovenia not as a Balkan, but as a Central European country. Janša wants also to participate in the axis of EU sovereignist EU member States, sharing the same management of migration policy, but also the aversion to a certain model of democracy”.

We strongly support a full #EU membership of 🇺🇦 until 2030 the latest. @DmytroKuleba https://t.co/0mQRRXJfWd

Are not the Balkans at risk of feeling betrayed, if in the meantime there is no acceleration on North Macedonia and Albania files and also on the negotiations with Montenegro?

“It is said that, when a new child is born, one of the parents may love the newborn more than the partner. But love cannot be divided, only shared. Supporting Ukraine does not mean to stop supporting the Balkan countries.

The Ukrainian case is a symbol and is linked to the delicate moment of the war with Russia, but it does not exclude what the countries in the Western Balkans have done for the European integration. Let’s hope it will be a propitious moment, that will bring an acceleration in the integration of the Western Balkans”. 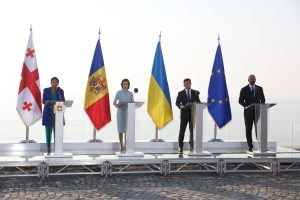 Let’s finish where we started. Bosnia, which was already in difficulty, now is more in danger than before. How can it be brought back on the EU path?

“Bosnia needs reform, because it is hostage to the three visions that grip the country and are irreconcilable with each other: for Serbs the protection of a post-Dayton centrifugal system, for Bosniaks more centrality, for Croats a third identity. In order to return to a European perspective, it is necessary to strengthen support for civic parties and to disengage the country from the Dayton logic, in other words the ethno-nationalism.

The issue of equality of Jews and Roma is central, because the current system does not allow them to be elected to the Presidency. Bosnia should no longer be the country of the three constituent peoples. Right now, this is not a country for Bosnians”. 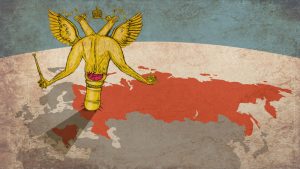