An alarm on the endangered species in the Western Balkans: from the Balkan lynx to the Eastern imperial eagle and the slow return of brown bears

When we talk about endangered species, the Western Balkans show several worrying cases, which last for a long time and are caused by many factors. However, all of them are linked to the human action and to the inability to find a balance with animal species that have been living in the same natural environment for thousands of years. Other cases show that it is possible to stop this process through commitment and perseverance, repopulating the region with animals that today risk disappearing forever. 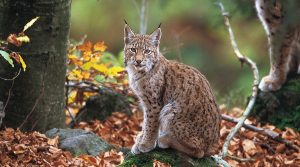 Lynxes (almost) without a future

The latest alarm regards one of the most fascinating animals: the Balkan lynx. The Balkan Lynx Recovery Programme report revealed that in 2021 the 151 camera traps scattered throughout the region captured 1 lynx in Kosovo, 4 in Albania and 5 in North Macedonia. Even if this Eurasian lynx subspecies is protected by all international wildlife conventions, there are only between 30 and 50 lynxes in this key-area, according to experts.

Poaching, intensive hunting of prey and degradation of the natural habitat are the main causes of the disappearance of the Balkan lynx. One hundred years ago this animal populated even Slovenia, but already at the outbreak of World War II it was endangered.

In 1949 Tito banned lynx hunting in Yugoslavia, and natural reserves were established also in Albania. In about thirty years, the population increased up to 300, the minimum threshold guaranteeing the survival of a species. In the Nineties, because of the violent dissolution of Yugoslavia and the collapse of the Albanian State, poaching got back on top. Stuffed lynxes can still be found frequently in mountain homes today. The decline phase is still ongoing and the future of the Balkan lynx is really uncertain. There is little time left to save this species. 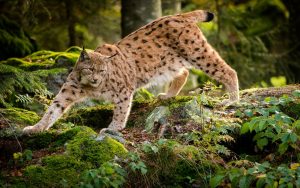 This eagle is one of the rarest rapacious in Europe and in the Balkan region, with only 36/44 species detected in 2020. With its two-meter wingspan, the Eastern Imperial Eagle is the most iconic animal in the Balkans. To the extent that it is represented at the center of Serbian national coat of arms. In Serbia, there are only two adult eagles left still capable of nesting (in Vojvodina, in the north of the country). Since 1994, this animal has been on the IUCN Red List of Threatened Species by the International Union for Conservation of Nature.

There are several reasons that led to the decimation of the Eastern Imperial Eagle population. First of all, the effects of climate change, including wildfires and the disappearance of large oaks used for nesting by this animal. Industrialization and intensive agriculture, with the deregulated use of pesticides, caused the disappearance of preys hunted by eagles: small rodents, squirrels and foxes. The issue concerns all of Europe, where there are now between 1900 and 3000 eagles left. Like the flight of the eagles, climate emergency and human ignorance know no boundaries. 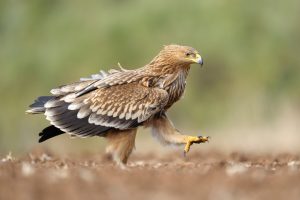 The slow return of bears

In Europe, the brown bear has always been a neighbor for humans, since it populated all the continental areas except for the islands. The sharp decrease of this species began in the 18th century, with the colonization of mountain areas and the introduction of breeding and agriculture in virgin areas. After two and a half centuries of deforestation, hunting and persecution caused by the fear of this predator, the number of bears in the Balkan region was in the range of 100 in the early 1900s.

The turning point came from the Balkans, in particular from Slovenia. In 1935, the brown bear was declared a protected species by the authorities of Yugoslavia, the hunting period was regulated in 1953 and the use of poisoned baits was banned in 1962. A policy that has continued for decades and that is giving the first results. According to a study commissioned in 2018 by the European Parliament, there are about 4 thousand brown bears living in the mountain ranges of the Dinaric Alps (from Slovenia to Kosovo) and Pindus (between Albania, North Macedonia and Greece).

Although this animal is still considered in danger, protection policies in the region have shown that this process is not unstoppable. Repopulation of endangered species in the Western Balkans is an issue that requires a lot of time and constant efforts by public authorities and citizens. Collaboration between the Balkan countries can be the only way to solve a problem created by human beings. 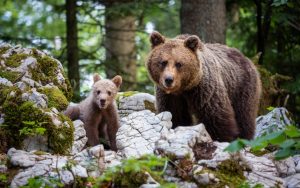