Kosovo, a cryptocurrency paradise, banned all mining activities because of the energy crisis. Today’s analysis starts from BarBalkans’ interview for an Italian national TV broadcast

Cryptocurrency, digital miners, super-computers and alternative economic models. There are some new events in Kosovo, one of the most profitable European cryptocurrency paradises. Or rather, a paradise for digital miners until the end of 2021.

This analysis is introduced by BarBalkans’ interview for EstOvest, an Italian national TV program on the Balkans and Eastern Europe, on January 23.

Here is the translation of BarBalkans‘ speech:

«A miner is someone who mines cryptocurrencies. They use supercomputers, in order to validate the transactions recorded in a digital ledger. The profit for the miner is represented by the commission for every transaction validated in the block. But the main problem is the expense on electricity consumed by the supercomputers. For this reason, miners choose countries where electricity costs as little as possible. Such as Kosovo.

In a country with 50% youth unemployment rate, cryptocurrency mining represented a promise for many citizens. But there is also an ethnic issue. In the Northern Serbian-majority regions, electricity bills have not been paid since 2008, when Kosovo declared independence from Serbia. Thanks to free electricity, all the revenue was net and miners gave rise to a sort of economic model where they paid other citizens to hide their supercomputers. This is why the ban on cryptocurrencies in Kosovo may have an unpredictable social impact in the least integrated and most unstable regions of the country».

A crisis with a thousand faces

The decision was communicated on January 4. Cryptocurrency mining in Kosovo is banned. The ban was approved by the government led by Albin Kurti in a cabinet meeting on December 29, 2021, to respond to the serious energy crisis that is affecting the country. The same crisis that for months has also been affecting the Balkan region and the whole of Europe. The causes are the high demand in natural gas in recovering European economies, the scarce supplies coming from Russia and the geopolitical situation linked to the military tensions in Eastern Ukraine.

Kosovo is one of the worst affected European countries by this crisis: in December, it imported 40 percent of the energy consumed. A state of emergency for 60 days conferred special powers on the government, both to allocate funds on electricity imports and to impose stricter restrictions on its use. For example, rotating blackouts are imposed daily in Kosovar cities and towns. The ban on cryptocurrency mining – one of the most energy-consuming and borderline-legal activities in the country – has to be considered in this context.

“As these super-computers work continuously, each one consumes about 300 thousand kilowatts in a month, equal to the average consumption of 500 homes”, the Minister of Finance, Hekuran Murati, explained. In economic terms, “with the current prices of imported energy, it means between 60 and 120 thousand euros per month“. For each super-computer used by miners. “This is what we are talking about when we say that we will not allow illegal enrichment of some people, at the expense of taxpayers”, the minister added.

We have to remember that cryptocurrency mining is a widespread activity in Kosovo, especially in the Northern Serbian-majority regions, where bills have not been paid since 2008 (citizens of the rest of the country covered the deficit until 2017). Attics, basements, garages and entire houses in Northern Kosovo were rented to hide miners’ super-computers, in a sort of alternative economic model. In this way, miners could earn up to 2500 euros per month, with around 500 euros costs. In a country where the average monthly salary is between 400 and 500 euros.

Since January 5, Kosovo Police has begun to seize illegal IT equipment and to stop vehicles transporting unlicensed super-computers from abroad. In a single day, 272 graphics processing units (GPUs), processors and fuses were seized in the city of Leposavić, in one of the largest anti-mining operations. Near Pristina, another 206 were seized in Drenas, 6 in Vučitrn and 39 right in the capital city of Kosovo.

At this point, we need to understand what will happen once the state of emergency will expire in early March. Beyond the restrictive measures on electricity consumption, there is currently no legal basis in Kosovo to justify a ban on cryptocurrency mining. In October last year, the Kosovo Assembly had to adopt a regulation by the end of 2021 (but it is still pending).

Without a legal framework, there is a lot of uncertainty among people who have invested legally in cryptocurrency mining. A super-computer cannot be confiscated, if it is imported with a license. However, there will be a huge problem, if cryptocurrency mining will be permanently banned in Kosovo. 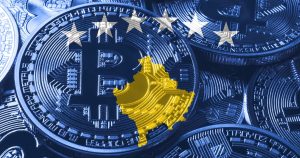 In January, several Kosovar miners began selling their equipment. Ads can also be found on Facebook, with prices ranging from 1,500 to 8 thousand euros. A few others are moving abroad, looking for other cryptocurrency mining paradises. Sniffing out a good opportunity, some Balkan entrepreneurs are offering help to export super-computers to Albania or North Macedonia (despite higher electricity prices). However, the majority of miners is not moving, waiting for the ban to be lifted. They are confident that mining activities will start again as always, once the state of emergency ends. Following a first moment of panic, the situation seems now under control, even if economic difficulties remain.

Many digital miners imported their equipment legally and paid electricity bills regularly. It is no coincidence that, even among miners/entrepreneurs, the majority is asking for fair taxation on cryptocurrency mining, instead of a total ban. After six years of deregulated activity, Kosovo administration taxed this activity just for one month, before the government imposed the ban. For the moment, this is enough for the Ministry of Economy: confiscating several hundred illegal devices has ensured enough energy savings to cover the needs of more than 500 families. From the beginning of March, a new chapter will be opened. 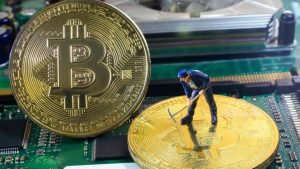