Croatia is experiencing an eventful summer. Since July, the Yugoslav People’s Army (JNA) has been providing operational support to the Republic of Serbian Krajina’s rebels, who are conquering village after village, city after city. The next target is Vukovar, on the border with Serbia. Meanwhile, the Croatian President, Franjo Tuđman, does not want to give up his defensive and victimizing strategy. 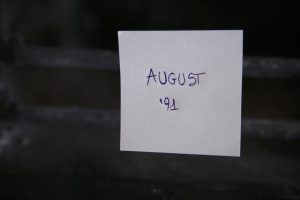