Listen to BarBalkans podcast: January ’91. The heist of the century

It is January 1991. This is the moment when the dissolution of Yugoslavia begins. You can read and listen the background in the pilot stage. This month’s focus will be on the economy. From the conflicts between the federal government and the Yugoslav Republics, to “the heist of the century” denounced by Slovenia. A war that began firstly on customs, and only then on the battlefields. 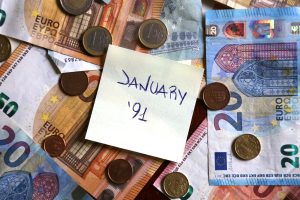