Among the children of refugees from the war in Kosovo there are some Swiss national team football players. Their roots reappeared with a goal celebration in a match during the 2018 World Cup

Close your eyes. Cross your hands and pivot your thumbs. Open your palms towards your chest. And then, imagine spreading the two-headed eagle’s wings of Kosovo on a football field, following the decisive goal in a World Cup match. Now, open your eyes. Because this not only a game. You are making one of the most politicized gestures in Europe.

It is June 22, 2018, and the Kosovar eagle is flying over Kaliningrad sky, in Russia. Xherdan Shaqiri has just scored a goal at the 90th minute, against Serbia, the team that probably hates this gesture the most in the world. The game is Switzerland vs. Serbia. What do the two-headed eagle, football, Kosovo and Serbia have to do with Switzerland, the neutral State par excellence?

Refugees in the heart of the Alps

We have to go back to March 1998. Slobodan Milošević’ Serbian regime decided to repress the ethnic Albanian population living in the autonomous region of Kosovo. But ethnic Albanians were not a minority in Kosovo: they still represent 93 percent of the population in the country. Many Kosovar-Albanians chose the path of the armed struggle for independence, following the Kosovo Liberation Army (UCK). Between 1998 and 1999, 11 thousand people died. Most of them were civilians.

Others chose the path of exile and the protection of other nations. They became refugees. In 1999, 30 thousand reached Switzerland. A large community of migrant workers had been established there for some time. Today, 112 thousand Kosovar-Albanians live in Switzerland. In other words, 1 out of 10 Kosovars lives in the heart of the Alps. They are those fleeing the Yugoslav Wars and their children. Even some of the football players who wore the jersey of the Swiss national team on June 22, 2018.

We are talking about Xherdan Shaqiri. But also Granit Xhaka and Valon Behrami. The forwards of Switzerland, which prevented Serbian national team to access to the round of 16 at the 2018 World Cup.

Shaqiri‘s family moved to Switzerland in 1995, with the first signs of war. His father was a bricklayer, his mother a cleaning lady. The former F.C. Internationale Milano player has repeatedly recalled that part of their money went to relatives left behind in the Balkans. Salaries and savings were not a lot, but his memory tells us how Shaqiri indirectly experienced the war at home.

Xhaka‘s wounds will never stop bleeding. His father, Ragip, spent 4 years in prison for participating in a demonstration in favor of Kosovo independence from Yugoslavia in 1986. Granit was born in Switzerland in 1992. He experienced neither war, nor Kosovo. But the politicized atmosphere at home took deep root.

Behrami remembers the war: “One day my father was beaten in the middle of the street and he risked his life, so we decided to go to Switzerland”, he explained in an interview. His family was able to stay in Switzerland thanks to his football skills: the club in which he played at the time helped his family to collect the number of signatures needed to avoid being deported.

They are all children of Kosovo, somehow. But they have never questioned their attachment to the country that welcomed them. But also the attachment to the Swiss national team, that they brought to the round of 16 at the 2018 World Cup in Russia. And this attachment was a megaphone for the identity claims of an entire people.

End of first half: Serbia 1 – Switzerland 0. For four players (to the list we have to add ethnic Albanian Macedonian Blerim Džemaili), this is a burning result.

They come out of the locker room. After only 7 minutes, there is a rebound. Xhaka comes on the ball. With a great shot from outside the Serbian box, he scores the equalizer goal. This is the first eagle.

The second half passes. The match seems to slide away to a draw that pleases no one. And then it happens.

The ball is picked up by the defense. Two touches and a through ball for Shaqiri. He runs across the opponent’s half of the field and beats the Serbian goalkeeper Stojković. Serbia 1 – Switzerland 2. At the 90th minute. The second eagle flies.

What it all means

Shaqiri and Xhaka’s gesture is one of the most common among ethnic Albanian communities scattered across Europe. It symbolizes the two-headed eagle of the Albanian flag: black, on a red background. It is a manifestation of national pride. The Kosovar pride, in this case. Often, it is not even conflictual: Stephan Lichtsteiner, the Swiss captain who is not Kosovar at all, celebrated together with Shaqiri with “his” eagle.

But in this case – against Serbian football team, and Serbia which still does not want to recognize Kosovo as an independent State – many people have seen a reference to “Greater Albania”, which includes all the Balkan territories with an ethnic Albanian majority (in Montenegro, Macedonia, Kosovo and Greece). In the Balkans it has never been easy to separate identity pride from political and nationalist claims.

Whatever aim was behind the two eagles in Kaliningrad, FIFA decided to fine the two Swiss/Kosovars, on the principle that football and politics should not intertwine. As if a World Cup among nation states was not itself an interweaving between politics and sports.

Today, in the official roster of the Swiss national team (for UEFA Euro 2020, before the postponement due to the COVID-19 pandemic) only Xhaka is left. The last Kosovar veteran of the undertaking against Serbia. The last two-headed eagle. 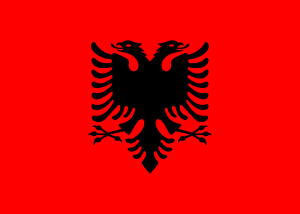